Whitetail Deer are a hooved mammal found throughout Western New York, in rural, suburban, and even urban areas. Any urban and suburban woodlot or overgrown field will likely have a resident Whitetail Deer herd. Resident herds can also be found in and around most of the local urban and suburban parks, and preserves. Due to hunting being prohibited in these areas, the bucks have a tendency to live longer and grow impressive antlers each year. These dominant bucks have attracted the attention of a growing number of photographers to search for them each fall. Although a number of outstanding bucks are photographed, the problem of poaching has also grown in recent years which has the local photographers and wildlife watchers keep even general locations to themselves. It is unlawful to feed them and hunt them in these urban and suburban habitats. Populations in and around the residential and commercial spaces have grown to the point that in some areas whitetail deer become pests with the consumption of ornamental landscaping and deer/car collisions. Population control has become necessary and is a topic of controversy. Some municipalities have attempted to reduce populations by the use of contraceptives and even culling the herds with special state DEC and locality sponsored hunts. 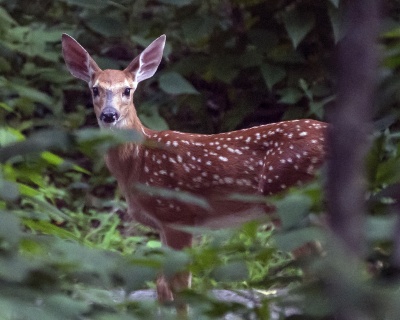 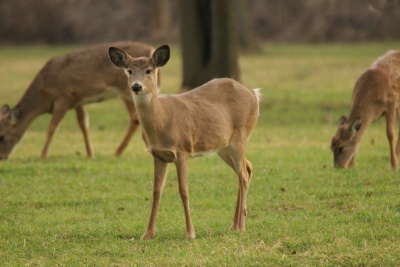