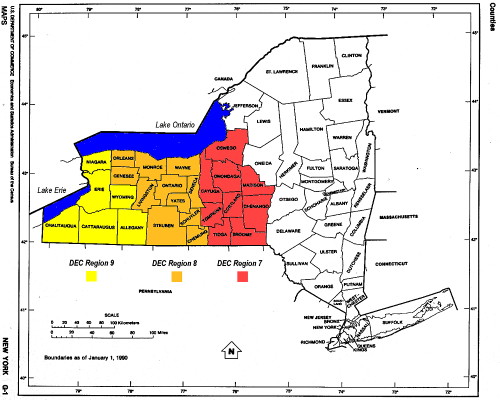 The following are local government agencies related to Conservation and Wildlife.

The New York State Department of Environmental Conservation has offices throughout three regions that encompass Western and Central New York.[1]

"Western New York", making up Allegany, Cattaraugus, Chautauqua, Erie, Niagara and Wyoming counties). Main office is in the City of Buffalo, with sub-offices in Allegany, Belmont and Falconer.

The EPA is a United States federal agency that focuses on the quality of the environment, including pollution.